Recording guitars can be a daunting task if you’re just starting out. The D.A.W is like a mirror showing you exactly where you’re playing which can be extremely useful and equally depressing at times haha. Either way, recording yourself is a vital tool in helping develop yourself as a player and a songwriter. The problem is that there can be many pitfalls that unless you learn to navigate, can lead to some serious frustration while recording.

In this video, guitarist and vocalist Aaron Cloutier share a quick tip to help achieve tighter takes in less time.

As you may be aware of, most if not all D.A.W’s (Digital audio workstations. AKA, Pro Tools, Logic, Reason, Cubase, Reaper etc.) have a function where you are able to loop the playback of a selection and record over said section as many times as you want. For the sake of this article, let’s just call it “loop recording”.

Though it may seem that looping over a section and recording the same part again and again is a great way to really hone in and refine your riff or musical idea, I have personally found it to cause adverse results.

When I first started out with recording in Logic for example, I would loop record everything. Being the perfectionist that I am, I figured it was a no brainer to get perfectly tight takes. What happened however is that I found myself either loosing focus from the constant playback of the same section to either playing too far ahead or behind the beat. This was due to the fact that the more I played the same part non-stop, the more I started to focus on my playing alone and not playing TO the music which caused tension. As a result, I wound up with sloppy takes and an insecurity brought on from what I thought at the time was an accurate reflection of my playing. As I said before, the D.A.W. is like a mirror. The truth was that I was better than I thought I was but I was going about recording the takes in an unnatural way.

The solution? Get a running start. Meaning, back up a few bars from the section you want to record, begin recording, and then play into the riff you’re trying to record. It’s a simple enough concept but I’ve found it to make all the difference particularly when recording rhythm guitars. Giving yourself a “running start” by playing into the riff before recording helps maintain the momentum and the feel of the idea you’re trying to lay down. It helps to make the playing feel more natural while you’re fighting off that “red light fever” the second you push the record button.

As a result, not only will you get more natural and consistent takes, but because you play into the riff, you will be recording just a little bit beforehand so it will make for seamless edits without any gaps in the audio down the road.

Thanks for reading. If you found this helpful, feel free to check out my MicroLesson on how to approach Tapping For Beginners 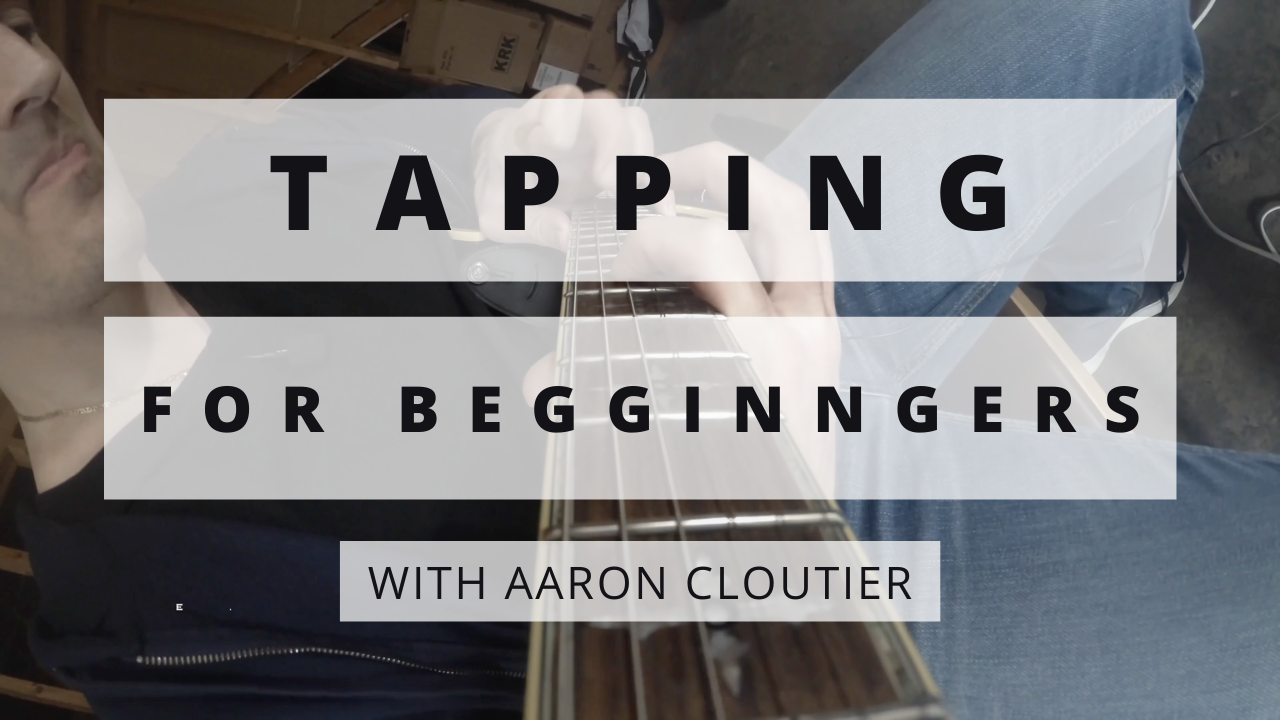